The Somerset Academy Early Learning Center Is A Proud Partner & Supporter  Of: From Theory To Practice!!

For more information on the benefits of our memberships, 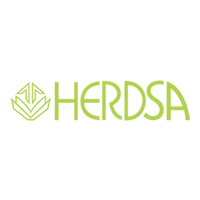 From Theory to Practice: A Cognitive Systems Approach

Theories of learning and teaching have tended in the past to have been derived top‐down, from existing theory.

It is increasingly recognised today that such a strategy oversimplifies a complex reality, in which there is a great deal of mutual interaction.

One way of handling the situation is to derive contextualised theories, such as phenomenography. Such theories are however part of a more general model based on systems theory, in which all parts of the teaching‐learning context are seen as seeking equilibrium.

A “system” may exist at several levels: The student, the classroom, the institution, the community. The task of teacher and of staff developer is to achieve those good teaching practices that are viable within the existing matrix of systems and subsystems.

Implications in such areas as improving teaching and assessment, using questionnaires for assessing teaching, training in study skills, and conducting research, are discussed.

More information on From Theory To Practice Can Be Found Here: